Perhaps one of the greatest milestones of the 21st century has been the acceptance of plant based meats into the mainstream consumer market. To put it in perspective, relatively new food companies like Beyond Meat spent over a decade in the lab conducting sensory tests so we wouldn’t notice the different between a plant based burger and a beef burger. But the real question is how did they do it?

That moment in your meal that makes you say “Yum” isn’t just a phenomenon. It actually consists of multiple synchronized elements including texture, appearance, smell and flavour. These elements are specifically focused on by food scientists to ensure that we begin salivating at the thought of a product, like the dripping of a juicy burger or the crisp of a plant based nugget.

First and foremost is texture. A primary characteristic that is incredibly tough to replicate. Real meat was springy and elastic due to the behaviour of animal proteins. This key characteristic allowed meats to be moulded into any shape or form, something that was difficult to achieve due to the rigidity of plants cells. In other words, it was a challenge of making crunchy vegetables behave like chewy meats.

To solve this challenge, scientists spent years searching and collecting various cells from plants sources all around the globe. They then rigorously tested these compounds and eventually arrived at wheat and pea proteins. It was found that these plant based compounds provided the chewy, springy texture that we’re most familiar with – and frankly they are indistinguishable

Another key characteristic that researchers had to deal with was the viscosity and mouthfeel of animal fats. This sensation provided meat with its richness and juiciness when it hits your tongue – Something that was very hard to achieve in plants due to their low fat content and saturation. However, a clever solution that researchers discovered was the similarity between animal fats and coconut oil. Both were solid at room temperature and contained higher amounts of saturated fats compared with alternatives like olive oil. Coconut oil is now used by a variety of plant based meat manufacturers, primarily the big players – Impossible Foods and Beyond Meat.

The next big challenge that plant based meat manufacturers had to deal with was the rich red colour provided by myoglobin, an oxygen carrying compound in the bloodstream of animals. But since plants didn’t really have blood, manufacturers used beetroot extract for colour and a compound called Leghemoglobin which is derived from soy and yeast. Much like myoglobin it acts as an oxygen transport molecule and surprisingly provides the umami flavour that animal proteins are known for.

Overall, food manufacturers have developed such creative ways to replicate the experience of eating meat and they’ve done so at such a crucial time. Sustainable food sources like plant based meats have proven to be great climate mitigation behaviours amidst the issues of global warming and environmental decay – With 96% less land, 87% less water and 89% less GHG emissions than traditional animal agriculture methods. 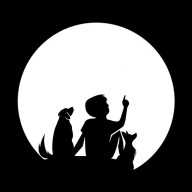